Last nights sunset was one of those times when the world around you goes away, and you just stare.

Today’s outing was to Perivoliou beach. 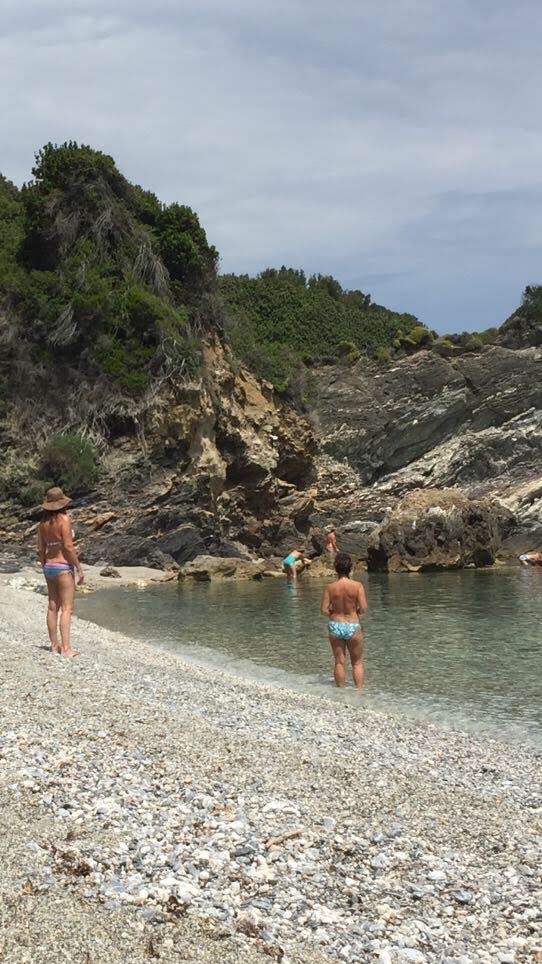 The roads have continued to be windy, narrow and at times, sheer drops on one side. The girls have been super kind with the comments on my driving, which at times has meant chopping down to first gear and just going for it up the steep hills, with a hairpin thrown in for good luck !!

The journey, however is ALWAYS worth it, as once again we were totally spoilt to have the whole beach to ourselves. As with all the other beaches, beautiful pebbles lined the beach and the waters’ edge. We have all collected a handful to bring home with us, and hopefully to remind us over the winter, of these amazing days. Next to Perivoliou is a little beach called Pethamenis or Dead Woman’s Beach, where a dead woman was found 40 years ago. A local restaurant owner also told us a story about dead Germans on the beach, but we can’t confirm that one ………We wandered the track towards Dead Woman’s Beach but it had deteriorated in places, with a long drop down the cliff so we had to turn back, but not before admiring it from the cliff top.

A little cafe had set up shop at the beach, under a spreading pine tree. We ordered beers and toasted sandwiches and I don’t think either has ever tasted so good. 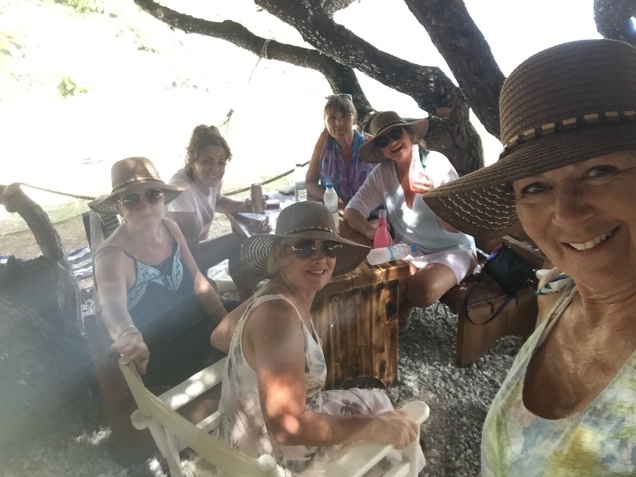 While we were eating, our towels waited on the beach for us, the only ones in the whole place. Not sure if June will bring more people to the beach, but we are thankful for the peace and quiet. 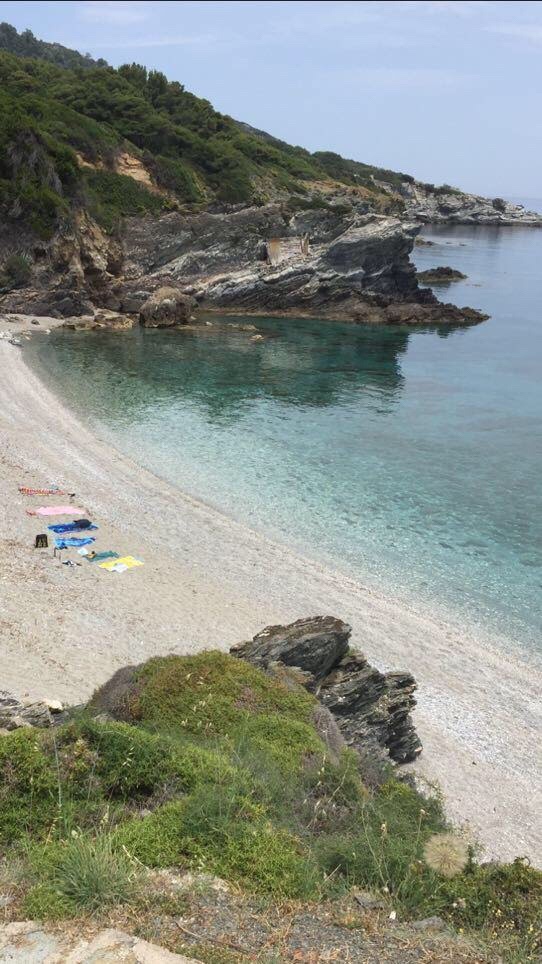 After leaving the beach, and before heading back to Glossa, we detoured, hoping to have a look at the lighthouse, but we found that the road was very rocky and after a couple kilometres, decided to turn around when we could. Another headline flashed up ……”6 Kiwis get Flatty on lonely Greek road.”

After cleaning up and heading out looking hot, 🙂 we drove down to the port for dinner.

We chose a place we had eaten before, but sadly the meals were not like all the others we had eaten. We have truly been spoilt with our food choices up until this meal.

We did have the company of the most gorgeous wee dog though, and we surreptitiously fed her. 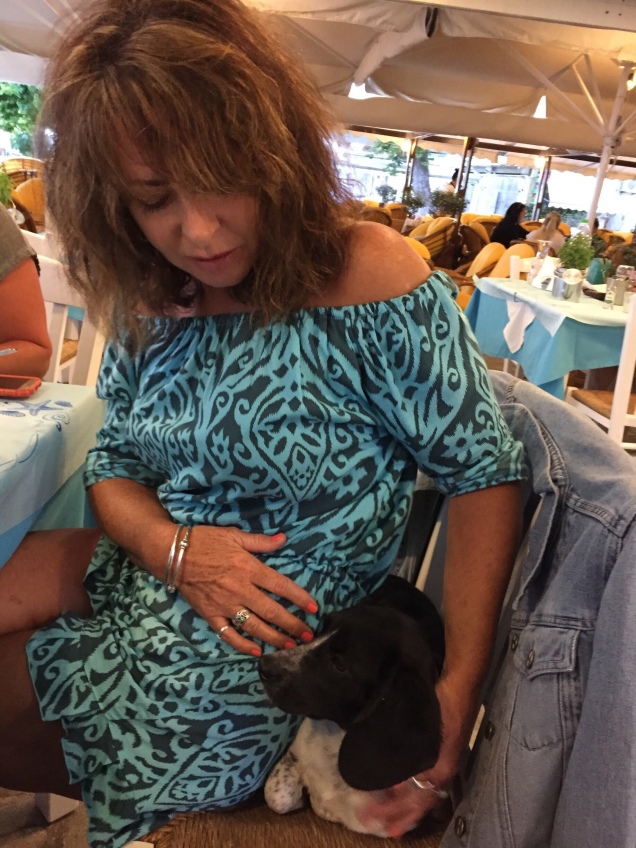 We all left the restaurant with heavy hearts as it is against our nature to accept dogs are just roaming free, but we have to think back to what we were told the first night about cats and dogs living naturally.

Back at the villa, we made plans for tomorrow, our last full day. 😦